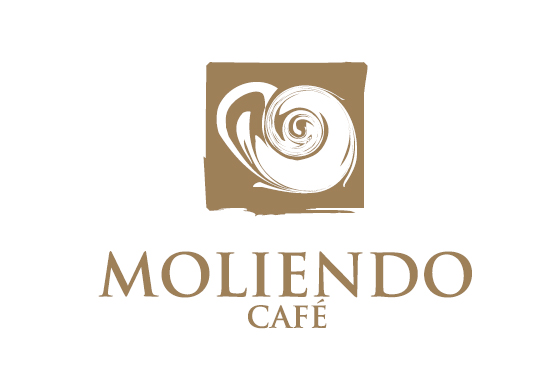 “Moliendo Cafè” is an important show case gourmet dinner where the celebrity guest is coffee. Different well-known Chefs on the international gastronomy stage are invited to create special dishes using coffee as a main ingredient, from the beginning to the end of their menu.

An idea of Leonardo Lelli in co-operation with Chef Igles Corelli (one of the most highly regarded and internationally renown chefs), Moliendo Cafè began in 2003 as an important occasion to display and enjoy “High Quality Coffee Culture” and to promote Lelli’s idea of coffee as ingredient in recipes.

During the dinner the guests have the opportunity to directly experience the versatility of high quality coffee. In these exquisite dinners coffee it is not merely an aromatic ingredient but a primary element which is selected to be combined with the other ingredients, to develop an original aroma and flavour. The combination of each single food element is carefully analysed when designing the menu; the result is a mouth watering dinner to stimulate your palette and delight your senses and emotions with the discovery of these unlikely unions.

In 2003 the first event took place with Chef Igles Corelli; in 2004 Chef Bruno Barbieri was the special guest alongside Chef Corelli for the second event. In 2005 a special edition was organized in Rome at the Wine Academy of Roma with a rich menu created by Chef Corelli in cooperation with Chef Andrea Fusco (Ristorante Giuda Ballerino, Rome) and Antonio Fusco (Ristorante Il Palazzetto, Rome). Chef Nicola Batavia (Ristorante ‘l Birichin, Tourin) was the guest of the 2006 edition with Chef Corelli. The final event  in the series was held once again in Rome in 2007. Chef Massimo Bottura (3 Michelin Stars Osteria La Francescana, Modena) and Chef Corelli made an extremely special event for the Moliendo Cafè dinner at the Ristorante il Sanlorenzo. Each event was a collection of experience: each chef’s expertise regarding ingredients and cooking methods combined with the world of coffee in all its versatility and aromatic aspects. 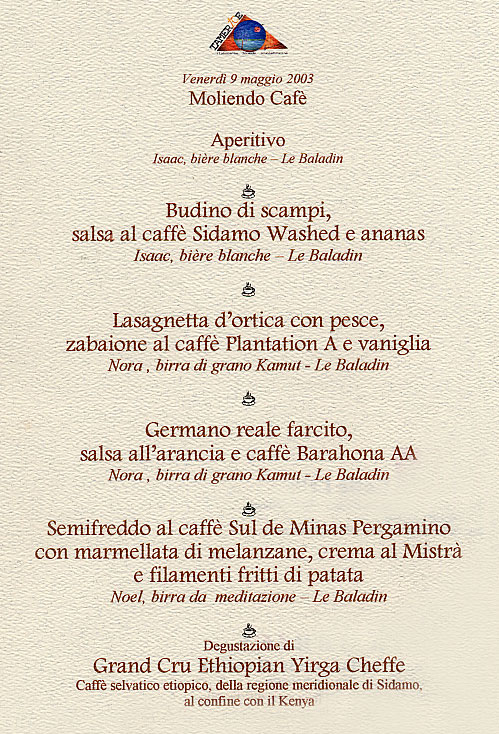